The CEO of Credent Capital and advisory LTD, Dr. Dauda Lawal has said that giving economic power to the younger generation remains the only solution to Africa’s developmental challenges.

Lawal a former Executive Director of First Bank explores how businesses can tap into enthusiastic younger generations to enable a just response to the various crises facing the African region.

The seasoned banker stated this last weekend 30th October, 2021 while delivering a keynote address at the 8th Convocation of IHEARIS University, Lome Togo.

“The primary role starts from the development of human capital. The moment human capital is perfectly developed, every individual would be independent on their own and at the same time work immensely to the building of the African economy.

He added that there is a serious need to engage entrepreneurs across Africa, especially the young African entrepreneurs that want to create direct and indirect jobs across the continent.

The convocation was presided by the president and founder of the university, Professor Senyeebia Yawo Kakpo where degrees and honorary degrees were conferred, as well as presentation of awards and prizes.

Pictures from the 8th Convocation of IHEARIS University, Lome Togo. 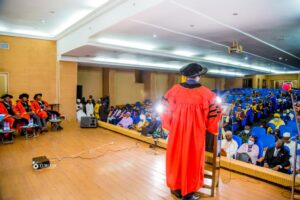 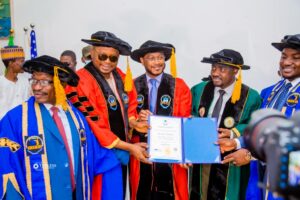